The paperback version of Death In The Sun came out yesterday, published by Faber, and I thought it might interest some of you to see where some elements of the story began.

My love affair with Spain is thirty five years old now, and for the past twelve years the Alpujarras has been home for periods of time. Death In The Sun is set in the Alpujarras and many scenes take place in actual places, or conflations of real places.
Here are some of them.


This is the cortijo of my friend Manolo who is the pastor (shepherd) in real life Almagen, which is largely based on the village of Yegen, home to the Bloomsbury writer, Gerald Brenan. Manolo's cortijo is the inspiration for the shepherd's house in the novel. Using all my powers of imagination, I came up with the name Manolo for my shepherd in the story. 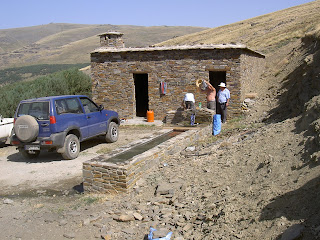 This is the village of Yegen and Staffe's house in the cluster of  houses that you see. 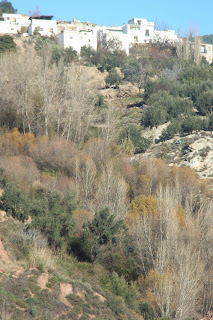 In the novel, Staffe attends a matanza and this is a collection of friends from the Alpujarras up the mountain and down to no good. Recall is dim and fogged by home-made wine and cheap whisky but I'm pretty sure we were in the cortijo on which El Nido is based in the story. 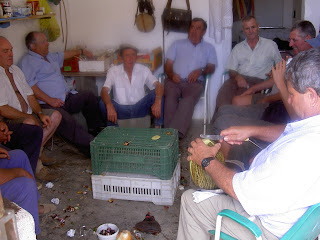 Almagen's church square and a view of the ayuntamiento. Harry's school is to the left. 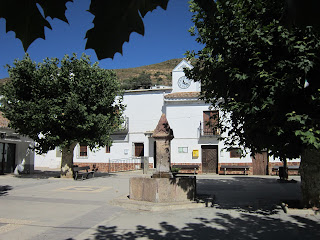 This is the bridge from which Raul Guitterez plunged to his death. To the left and out of shot is a lower, Roman bridge, beneath the village of Mecina, which is actually based on the real village of Valor, famed for its Fiesta of Moors and Christians, the first week in September. 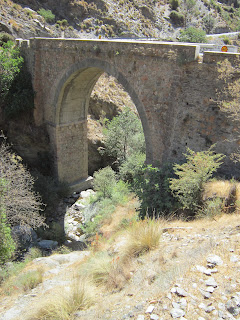 People talk about the real Spain and the Alpujarras is as close as you will get. Life in 2012 is still very much the way it was when this photograph was taken. The mules are still there, the fascist dictator long gone, save ghostly images here and there in photographs and on cigarette lighters. 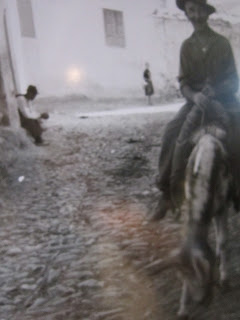 This is the grand entrance to Barrington's quite humble dwelling, and where his widow still lives. 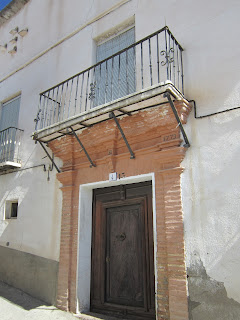 The author in Eduardo's Bar Fuente - the real one. Wringing out a scene and sipping mint tea in the comedor until the ne'erdowells drift in for beer and tapas and raucous laughter. 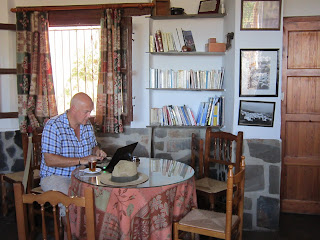 Sad, the things a writer can persuade his family to do - in the name of getting in the mood. 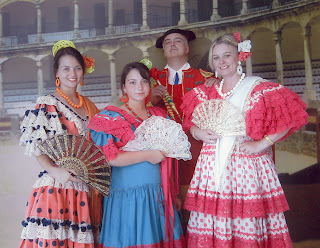 A view from El Nido, with the Silla Montar in the background and Olive trees half way. The village of Mecina can be discerned to the right. The snow seldom lets entirely and it is this which fuels the irrigation system which the Moors designed and which makes this an improbably fertile region . 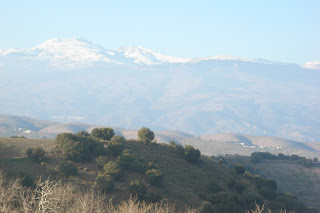